On the Border Biscuits. 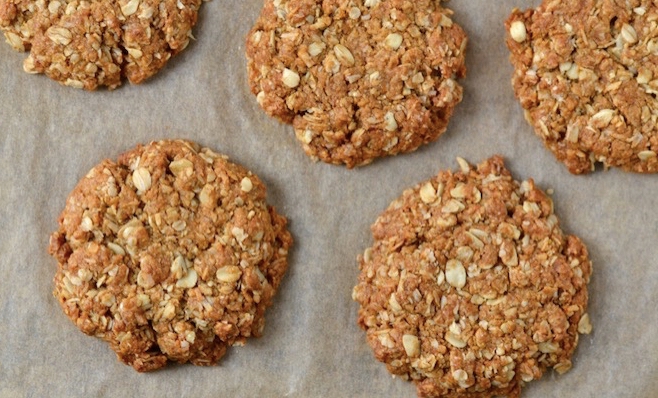 This recipe for On the border biscuits was donated by Cathy Liddle, local historian and writer, from Silsden. Cathy writes:

“Biscuits made with liberal helpings of rolled oats or oatmeal were hugely popular in the North (Two hundred years ago, there were several oatcake kitchens in Silsden). Apparently, there was rivalry for many years between Lancashire and Yorkshire housewives as to whose oat recipes were the best. But this one for biscuits comes from Kate Hargreaves who lived right on the border of the two counties and claimed that this combined the best of both!”