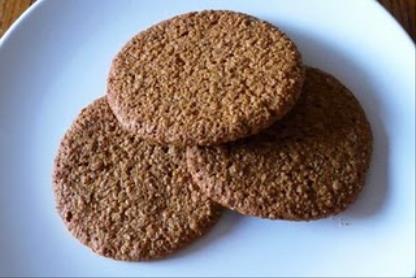 Thar cakes (also known as Thor, Tharve, or Theor) is so named from the Old English, ‘theorf’:  coarse and unleavened, and were originally baked to commemorate the dead around the Feast of All Souls in early November.The original cakes, or flat biscuits, were – in keeping with the solemn occasion – plain affairs.

They became later known, in some regions, as soulmass cakes, and were made both commercially and privately up to the end of the 19th century.

Peter Brears notes that in North Yorkshire these soulmass cakes, made commercially: ‘…were square farthing loaves with currants on the top, often given as presents from bakers to their customers. Sometimes they were kept as good-luck charms, one Whitby lady having one a century old in 1869.’ (Brears, 2014, p.292)

The Thar ‘cake’ was widely made across the North of England, with each district, region or individual cook, bringing their own twist to the recipe. Here’s one from West Yorkshire that produces more a biscuit than a cake. It has a pleasing ginger-oat flavour and texture to it:

In some parts of Yorkshire, a similar version of this was made on a bakestone, rather than in an oven.