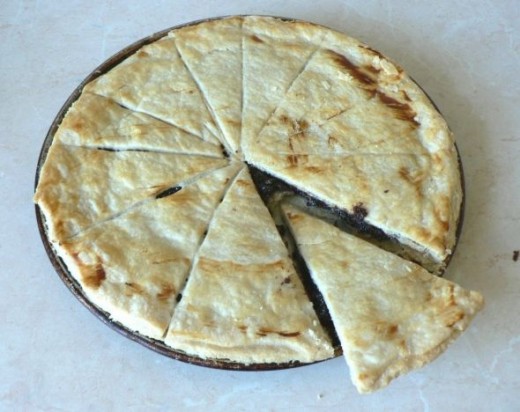 Yorkshire Mint Pastry: This is a recipe from Yorkshire that tends to get passed down through families, rather than written in cookery books. It is a combination of garden mint with currants (or raisins) in a plain shortcrust pastry tart that offers a taste surprise. This recipe is a personal favourite.

The blend works surprisingly well – and the smell of fresh mint and fruit hot from the oven is sublime.

The main ingredients are stock items in most households: shortcrust pastry, garden mint (spearmint, or any other strong tasting mint works best), and currants (or raisins) – so why not give it a go?

You can also easily turn these into bite-size Mint & Currant cakes – great for picnics. 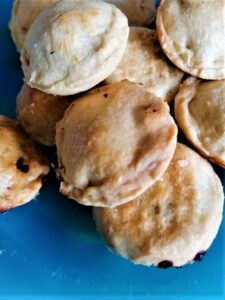